If you can start your day off feeling as fresh as a daisy and as productive as Bob from work, then you have got your life set ahead of you. However, if you are like 83 percent of all Americans, a steaming cup of coffee and a shot of adrenaline are always mandatory to get yourself up and running.

With such a vast number of coffee drinkers, you would think that overdosing on the beverage is not unusual. However, it is not as common as you would think. It is relatively rare. But that does not mean that a caffeine overdose is a myth.

Below, we have compiled a list of the nine most common caffeine overdose symptoms here. 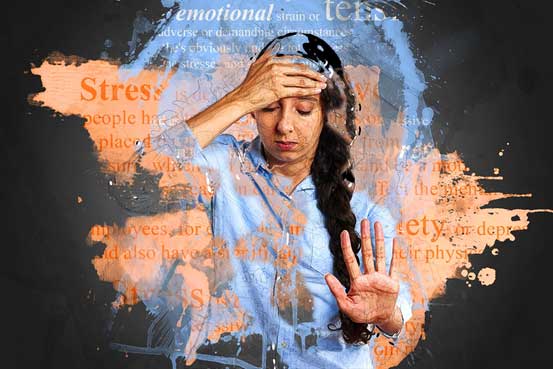 There is a popular Ethiopian legend regarding coffee’s invention. Some say that a Sufi shepherd named Kaldi or Khalid discovered the effect of the coffee beans after one specific goat got intoxicated by it.
Ever since, coffee has been known almost exclusively for its ability to increase alertness. It is specifically known to reduce the production of adenosine, a hormone that induces feelings of fatigue, and encourages the production of adrenaline, the fight-or-flight hormone.

However, when the user starts to overdo it on the stimulant, these effects can be drastically amplified. Furthermore, they can cause feelings of nervousness and anxiety.

Caffeine is a drug which, at its very core, is a stimulant, and surplus doses of 1 gram or more per day have been known to induce anxiety, stress, and nervousness.

Jitteriness, dizziness, and nausea are also secondary symptoms. You can take them as early signs of a caffeine-rich diet.

You’ll find the drug typically in all types of coffee as well as in black and green teas. However, actual excessive intake usually occurs through titanic amounts of soft drinks, energy drinks, tablets, supplements, and pills.

Anxiety is just one symptom, but it can be an essential reminder to consult with a physician.

#2 Diarrhea and Other Stomach Problems

Digestive problems are usually long-term symptoms of anxiety or a panic attack. It comes off as no shock that caffeine-induced panic attacks also feature the unnecessary bowel movements. However, a caffeine overdose can cause diarrhoea and other digestive issues.

You will experience these side effects of having too much caffeine due to the laxative property of caffeine.

You see, coffee and other caffeinated beverages contain laxatives that induce the production of gastrin. This hormone has been known to speed up the stomach’s work, and a majority of people have reported a desire to use the restroom right after a cup of coffee or tea.

Caffeine has also been reported to induce peristalsis, or the movement of the muscles of the gastrointestinal tract that help push the “food” through the body. This causes frequent bowel movements, and usually leads to loose stools and some form of diarrhoea.

If, following the symptoms of anxiety and nervousness, you also experience irregular or improper bowel movements (usually characterized by frequent urges to use the restroom and loose stool), then consult with a physician immediately. Inform them about your diet and follow their instructions carefully.

Caffeine is causing dehydration and a constant urge to urinate for ages. Physicians used to scowl at the thought of someone drinking too much coffee. It was usually due to the dehydrating effects of the beverage and the drug in general.

However, with more research being done on the topic, coffee has since been crossed out of the list of dehydrating beverages.

So why do you feel thirsty every time you drink a cup of tea or coffee? It’s because caffeine and similar drugs have been proven to be what is called a “diuretic.” The term means a stimulant that causes excessive urination, and that, combined with loose stool, can cause you to lose more water than usual.

If you continue excessive use of caffeine with these side effects, consult with a doctor as soon as possible. Drink adequate water and remember to stay away from the drug in the future. If you are taking caffeine as a pill, consult with your physician and ask them for the best caffeine supplement that will not cause dehydration.

As explained above in Symptom number 3, caffeine is a stimulant drug that comes under the heading of diuretic. Diuretics are medicinal or recreational drugs that stimulate the need to urinate and, if the urge is acted upon, can induce excessive urination, dehydration, and subsequent nausea or fainting.

Urination can cause the body to lose a lot of water, and this can be a problem. For one thing, men typically need to intake around 3.7 litres of water a day, while women need an average of 2.7 litres.

When your body does not meet these parameters adequately, or when the body urinates more water than absorption, feelings of enhanced thirst, nausea, and weakness can persist. You can also experience a follow-up fainting and in extreme cases death.

Dehydration is a serious problem, and you need to address it accordingly. Consult with a local physician or dietician if an overdose of caffeine is causing a loss of water. Who knows? Maybe you might be able to save yourself from other health risks and potential hospital bills.

Palpitations are “a noticeably rapid, strong, or irregular heartbeat due to agitation, exertion, or illness.” If you feel your heart beating rapidly without putting your hand on your chest, there is cause for concern.

An overdose of caffeine can cause cardiac arrhythmia or palpitations, and while the palpitations themselves are not that big of a concern, it is their cause and effect that may interest you in finding a treatment for excessive use of caffeine.

Due to its laxative properties, negative effects of caffeine on the body multiply. An excess can even cause symptoms of minor or moderate anxiety and stress syndromes. This results in the heart pumping too much blood to keep the body secure and free from unwanted chemicals.

Heart palpitations are of greater concern than any other symptom as this can sometimes lead to cardiac arrest, or more commonly known as a heart attack.

Consider visiting a doctor to confirm the dangers of too much coffee and inquire about the positives and negatives. In general, avoid anything that contains over 1 gram of caffeine, even if it is pharmaceutical grade caffeine powder.

Caffeine toxicity symptoms usually include a range of gastrointestinal problems and issues, including Gastroesophageal Reflux Disorder and vomiting. If after an episode of hearty drinks and cups of coffee, you feel extra nauseated and dizzy, call a doctor immediately.

What coffee does to the body is relatively unknown. There are tons of myths surrounding the safety of a caffeine-rich diet. However, there is certainly no debate on whether an overdose of caffeine can induce vomiting.

As already discussed, nausea also fares as a first sign and a warning for cardiac arrest. When the stomach has had a bit too much to drink, it decides to purge its contents. That is where vomiting comes into action.

The acid reflux action and antiperistalsis of the oesophagus cause all the caffeine-rich contents of the stomach to make their way back through the mouth. This is just one of the ways that the body protects the poisonous content from reaching the gastrointestinal tract.

However, just because your body has induced vomiting, this does not mean that you are safe from the harmful side-effects of caffeine.

Caffeine’s effects on the body can persist and be a nuisance. Consult with a doctor or with a poison control centre. Have a list of caffeine-free beverages handy to ensure that you get the most out of your diet.

Caffeine not only affects the mind, but the stimulant also influences the Central Nervous System (CNS). It can cause multiple unwanted and involuntary motor responses. The stimulant affects muscles and tissues and has been a well-known cause of spasms and restlessness.

In fact, studies found that a person who has frequented at least 500 mg of caffeine may experience agitations, tachycardia, palpitations, and involuntary muscle contractions, you can find more from dailycupo blog.

Call a doctor immediately if you experience any of the above symptoms. Make sure to provide a list of all food items that you took before the onset of the symptoms.

#8 Excessive Sweating from a caffeine overdose

Beverages like coffee and tea are known to induce excessive sweating. So, if after having a cup of coffee you feel a bit sweaty, then you shouldn’t be too concerned. However, if you feel the onset of the symptom even hours after you have had a dose of coffee, then you might want to consult with a doctor.

You can reduce the effects of coffee on the body by avoiding such beverages. You can also drink a lot of water to reduce the caffeine levels in your body.

Cardiac arrest, or a heart attack as it is commonly called, can also be caused by an overdose of caffeine. Davis Allen Cripe of South Carolina was reported to have suffered from a major cardiac arrest after subsequently downing a Mountain Dew, an energy drink, and a latte. This was only one of hundreds of reported cases of caffeine-induced cardiac arrest.

This is the final symptom of caffeine overdose, and upon its onset, it is often too late to combat it. However, for awareness purposes, we included this effect in our list.

One study found that even light and moderate drinkers, i.e. those who had a maximum of three cups per day, were at risk for heart attacks.

They increased the chances of a cardiac arrest by more than 60 percent, and researcher Ana Baylin is of the view that those who have even the slightest risk of a heart attack should avoid coffee altogether.

If a friend or relative, or even a stranger from across the street, is experiencing a potential heart attack, follow these steps regardless of whether its caffeine induced or not. Call Emergency Services immediately.

It may seem best to drive your friend to the hospital. However, only do so if the hospital is awfully close. If the drive will be five minutes or more, wait for emergency services and an ambulance to arrive.

Usually, ambulances have all the necessary equipment that medics need to safely revive your friend and save their life.

A recent study found that a dose as minimal as 500 grams of caffeine per day can produce potential symptoms of a caffeine overdose, and you do not want to experience any of the negative side effects.

You will find flavoured caffeinated beverages robustly. Do not use them. It is always best to be on the safe side of things. You want to ensure that the amount and frequency of your caffeine dosage are optimal.  It will not negatively affect your health. It is always best to know how much, is too much, caffeine.  You will want to read your way through this article.

Have you ever experienced a potential caffeine overdose? Tell us about it in the comments below. Do not forget to SHARE with family and friends, to spread awareness regarding the symptoms. 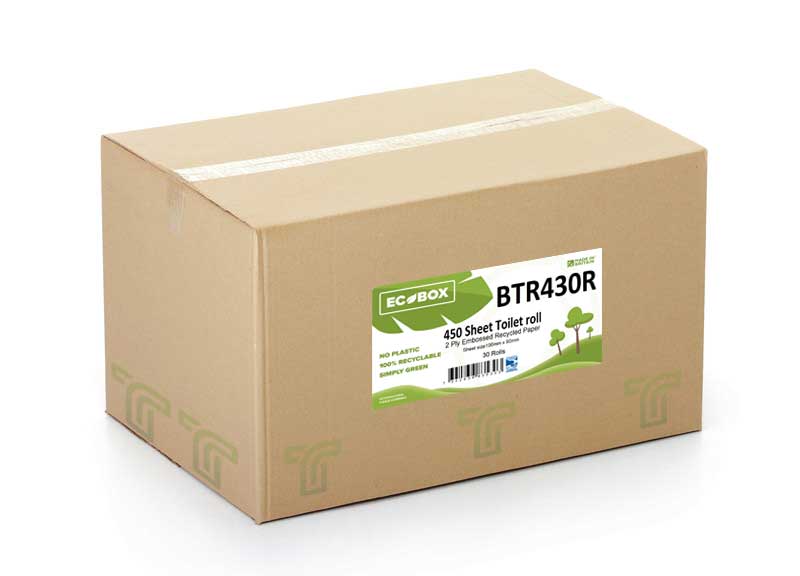 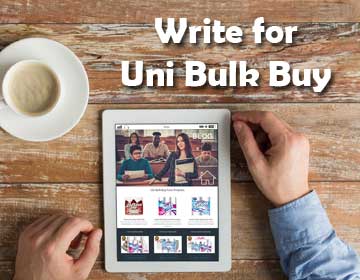